The price of SilkCoin has dropped drastically after an announcement from one of the remaining developers.

SilkCoin has become something of an established altcoin with a fancy looking wallet and talk about the upcoming ‘Eco-System’ they had planned to implement within two-three months of launch. The coin was added to Mintpal less than two weeks ago and at its peak had volume of over 700 Bitcoin/day and reached of price of 8000 Satoshi. Things took a turn for the worse after  the bad news was announced on BitcoinTalk:

Update about the current situation :

We posted no official statements here first of all. I have some very bad news..

I was very busy the last 2 days because 3 of the devs left the team. We are now only two left and it’s impossible that we respect the timeframe without the help of other devs. We also discovered a big bug, the second the community will know about this it will be dump time.

They left because of a few big issues : they felt their work was not recognized for the last week they’ve been talking about that and the fud and the price crashing, they threatened to leave more then once.

But the main reason is we found 3 days ago a big flaw in the code. Fudders were right those devs were clumsy in their way of working, I just had neither the time neither the skills to check everything…

The private key problem raised my concerns since yes they were right, how could the dev do such an error? that’s why I checked everything in the wallet and the code and I found out an enormous bug: transactions get confirmed à 0 confirms. This is a VERY BIG issue, they tried everything to fix it, without success and I have no news since more than 12 hours. You can try it in the wallet, 0 confirms. I spent all night trying to fix this and trying to find a solution.

I am not a dev myself, well I know how to code so I can check the overall code but can’t code the eco-system or even advanced functions in the wallet.. Neither can I fix this bug. So really here I don’t know what to do, no money left either as we had a LOT of expenses and never sold a single SC.

I’m deeply sorry, you know this was never the intent of this coin if it was I would’ve sold the premine at 8k sat.

We paid everything we owed all along including the occulus and everyone in time, and never touched the premine..
All devs took a part of the premine when they left since the wallet was shared, which was worth amost nothing compared to our costs since no buy orders were there to cover all the costs we had.

So I really don’t know what to do no devs left except for me, I have ~8btc to reinvest in Silkcoin so I’m currently seeking some paid dev to continue this project.
Everyone learn this news at the same time… Once again sorry and I’m willing to find a solution with you all.

As some users had previously suggested there was a problem with the code and the pre-mine has been dumped leaving many very angry. As it stands SilkCoin has no developer capable of fixing the 0 confirms bug and so the only hope left is for a community takeover. Lets hope they can sort something out. 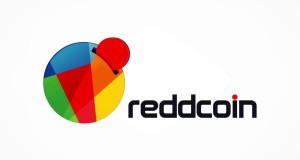