An image that appears to show that the exchange is short on users’ coins.

The big story of yesterday was that CryptoRush were missing millions of Blackcoins. Now, an ex-employee of the exchange has leaked details on a whole host of issues that the exchange has been struggling with.

He also included the screenshot to the right, which appears to show that the exchange is short of users funds for several coins.

The ex-employee, going by the pseudonym ‘DogeyMcDoge’, says that although he has become good friends with the owner of the exchange, he is releasing this information as it’s the right thing to do. Comparing it to pulling a track lever, diverting the trolley to roll over one person, instead of five.

The leak reveals that the exchange was hacked, losing around 950 Bitcoins and 2500 Litecoins.

Upon consulting LinkandZelda (site owner) I was informed of the losses again. ~950 BTC and ~2500 LTC. Gone. Someone with an IP from Ukraine. They were looking into it, thought they found the guy. Thought they could get the BTC back. Maybe it was shock. Maybe it was just me being naive. But I believed them.

It was obviously not quite so easy to get those coins back — and it seems the launch of CryptoRush shares was a bid to recover some of these costs.

I was informed of the plan to announce CryptoRushShares, a currency that would pay % fees to holders. And the kicker? Fyrstikken would announce 60% ownership of them.

He then goes on to say how behind the scenes, Fyrstikken actually only owned 10% — and he’s unsure whether he actually paid for them, or whether they were simply using him for online publicity reasons. Meanwhile, the losses were explained as being an issues with the way the exchange uses the coin’s Daemon.

Then, the Blackcoin losses happened:

We saw some volume on Blackcoin, until the blockchain freeze. I stayed up as late as I could, but saw no update. I woke up the next morning, to panic. People were placing ridiculous buy orders in the market. I had just the night before been given permissions to access functions such as enabling/disabling markets, or putting a coin in maintenance mode. I quickly assessed what I could, and closed the markets, canceled the orders, and put the wallet in maintenance mode. I called Devianttwo on the phone # I was give for emergencies only, and he told me he was not going to be able to fix it at the moment. This was at 10:30AM EST on the 24th. I went to work, already late from the mess I had to help resolve.

Upon returning home I learned that my worst fears were true. Blackcoin Daemon was empty besides ~53 coins.

He also speaks of how he had tried to persuade the owner to close the site down to prevent any more loss, but that his attempt was “futile”.

He speaks of the guilt and despair he has felt over this period, and how he is unsure whether his own safety could be at risk — but that doing the right thing was more important:

There is a lot of money in crypto, and Fyrstikken is an angry guy. I don’t know if I should fear for my safety or not.

But what Snowden did was right, and what I am doing is right.

You can read the full leak, which covers everything from the moment ‘DogeyMcDoge’ joined the CryptoRush team over on Pastebin. 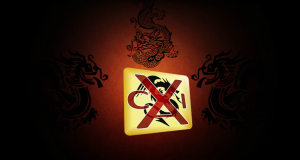 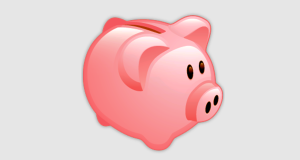 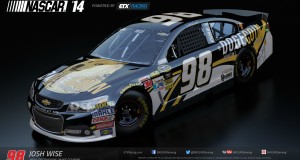