BritCoin is the latest cryptocurrency to launch that targets a specific country for wider adoption, in this case Great Britain. The coin was launched on 27th July 2014 by a team of three with the long term goal being “to replace BitCoin as the leading online/offline crypto currency within the United Kingdom”. With a goal as ambitious as this we decided to take a closer look.

Like the majority of recently launched cryptocurrrencies, BritCoin is a proof-of-work (PoW) and proof-of-stake (PoS) hybrid which had a relatively short PoW phase of seven to ten days in which around ten million coins were mined using the X13 hashing algorithm. The coin has now switched to PoS allowing holders to gain 5% annual interest on staked coins. An active community on the BitcoinTalk launch thread and on the BritCoin IRC channel has quickly developed as well as the coin recently making it onto Bittrex, one of the larger and upcoming exchanges.

We hope that in the coming years BritCoin will be a digital currency that the majority of the British public will be are aware of, if not using

Just under two weeks after the coin was launched, the developers released a roadmap which detailed where the coin is currently in terms of development and development plans for the future. Here are some of the key points summarised:

We got in touch with Will7am, one of the developers to dig a little deeper into BritCoin:

Could you explain a bit about the people behind the coin and what their skills are?

We currently have three full time staff who work on BritCoin. One experienced coin dev from England, one amazing graphics designer from Norway and myself as founder and everything else, British of course. Luckily since launching, we have had some great support from the crypto community with people willing to help out with many different things in the last week, so we are very thankful and pleased in that regard. Since launch we’ve had countless people get in contact willing to help in way or another, it’s great.

How did you determine the coin specifications?

We decided that 20 million total coins was the right amount for BritCoin due to the fact it’s very close to Bitcoin’s total, with just 1 million less. Meaning people can measure BritCoin against Bitcoin as both coins grow over the coming months and years, so we hope. But unlike Bitcoin we decided that after reaching block 20,000 (1k BritCoins per block) of PoW that BritCoin was to enter PoS (Proof of Stake) with 5% annual interest on all coins. The main reason for this being to ensure that a ASIC mining hardware ‘arms-race’ that is happening with Bitcoin does not happen to BritCoin, all this does eliminate casual miners and scare potential new users away.. We believe by having 5% annual interest on coins, it is a fairer method of distribution, as opposed to a small handful of large farms controlling the majority of the new coins mined.

What inspired you to create a coin for Great Britain?

With so many new coins with exciting features being launched recently, each with greater innovation compared to Bitcoin in our opinion, we wanted to launch a coin that would bring the best of these new technologies together and create a coin that was specifically for British people and commerce. We wanted a uniquely British digital cryptocurrency that was decentralized, with much lower coin transfer times with a fairer coin distribution system. We believe this is what we’ve created with BritCoin.

What could be the benefits of using BritCoin as a country specific cryptocurrency as opposed to one that is marketed as a global cryptocurrency?

As British, we very proud of our fiat currency (£) and I’m sure the British public would agree that we would prefer to trade in BritCoins rather than Bitcoins given the choice of the two digital currency, based on name and image alone. As someone mentioned on Twitter, we’re odd like that. We believe BitCoin still has a role as the future global reserve currency, while BitCoin is better suited for a national currency.

We’re hoping by concentrating on growth and awareness within the UK specifically, BritCoin will be something the British can pioneer as an example to the world of a crypto currency that is fast and made for them. This also helps us remain less tied to global foreign markets like Bitcoin for example, while also giving the British public more control over their own digital currency. We also have no stigma attached with regards to illegal marketplaces, the majority of the British public only hear about Bitcoin when there’s a theft or arrest published in the media, where BritCoin has a clean slate that will be seen as a currency for goods and services, not for as currency with a murky past.

Where would you like BritCoin to be in three years’ time?

It’s near impossible to estimate how far BritCoin will go within the next 3 years, the coin has endless potential for merchants, users and traders. So the sky’s the limit. A lot will depend on how long the general British public take to adopt BritCoin, if we get enough media coverage and the same level of support we’re currently having from our community and we make good strides in merchant acquisition and promotion, we can grow BritCoin in to a real alternative to PayPal within the UK. We hope that in the coming years BritCoin will be a digital currency that the majority of the British public will be are aware of, if not using. A measure of success for us is being able to pay for a round of pints in a pub with BritCoins, this is (one of our) ultimate goals.

A nation based cryptocurrency is an interesting idea and something that has been tried before with varying levels of success to date. With a promising road map and developers who seem to be dedicated to long term progress, BritCoin is one to watch for the future and I for one will be keeping tabs on how things progress going forward. 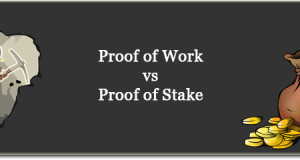 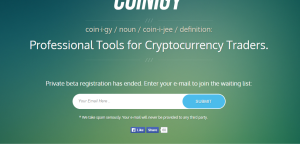 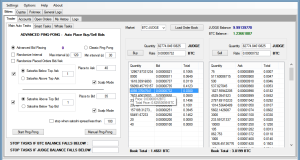